Have you ever truly thought about what inspires you?  I have, often these days.

My photography has become an amazing gateway to all types of inspiration.

As the month of March winds down, I looked back over the last few weeks and realized that every photo shoot I did highlighted inspirational leaders, events and legacies.

This past weekend I had the honor of photographing the 2019 United States Naval Academy Distinguished Graduate Awards Ceremony.  I was very much looking forward to it because the first female award recipient in the history of the 21 year award series was going to be honored.

In preparation for the event, I watched the previous year's ceremony on YouTube, for what I thought would be a few minutes so I could get the lay of the land.  Two hours later with tears and sniffles, I finished watching what turned out to be one of the most inspiring and moving events.  I was humbled by the speeches and biographical short films that included Senator McCain's legacy, General Bolden's inspiring enthusiasm, and Admiral Chamber's incredible ethical decision, just to name a few.

This year's recipients were just as amazing.

The morning after the 22 March awards ceremony, I caught a USNA Women's Club Lacrosse game versus Temple University before heading home.

I made a point of watching this talented group of young leaders, despite the blustery weather conditions because they had impressed me earlier in the month when they crushed GMU in the pouring rain.

The Midshipmen just formed the club team this year and already have a 4-0 record. Talk about inspiring performances!  I had never watched lacrosse before which made photographing it a challenge, but I'm definitely hooked.

As if that wasn't enough inspiration, earlier in the month I supported interviews with two of the newest Congresswomen, who are also Naval Academy graduates.  It was a little surreal walking inside the Capitol Hill buildings with my camera gear. But it was even more exhilarating to meet two women who not only attended my Alma Mater, but also served our country in uniform and are now serving their Constituents in Congress.

During that same week I had an opportunity to spend two days photographing a group of about 40 Turkish-American Business women who were invited to Washington DC to participate in a leadership forum.  Their agenda was packed with amazing speakers, a U.S. Capitol tour hosted by the Honorable Virginia Foxx (R-NC) and numerous visits from Capitol Hill notables. 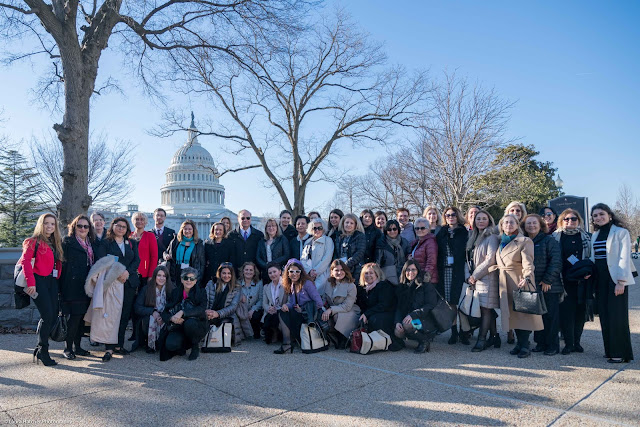 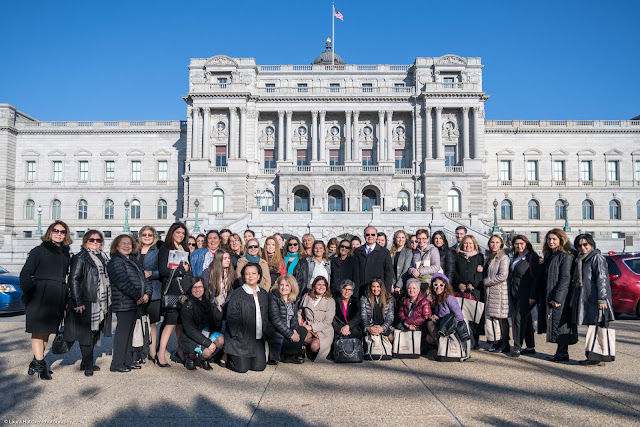 March has definitely shaped up to be an great month. I was constantly challenged with every photo shoot, and had to learn how to adapt to several new environments. Not only did I learn a lot about my craft but I was truly inspired by some exceptional men and women!

"If your actions inspire others to dream more, learn more, do more and become more, you are a leader."       - John Quincy Adams

Want to see the pictures of the entire 2019 Distinguished Graduate Awards Ceremony? (This link will take you to my photography website).

Like what you read?  Please hit the "Subscribe" link above to receive future blog posts via your email.

Laura Hatcher Photography
Welcome to my new blog, I'm on my second career after serving the US Navy for over 30 yrs. Now I'm seeing life through a camera lens and I'm amazed at how much I'm learning about my new place in the community and the world. The people, the details, the stories, wow, hope you find my journey just as exciting.